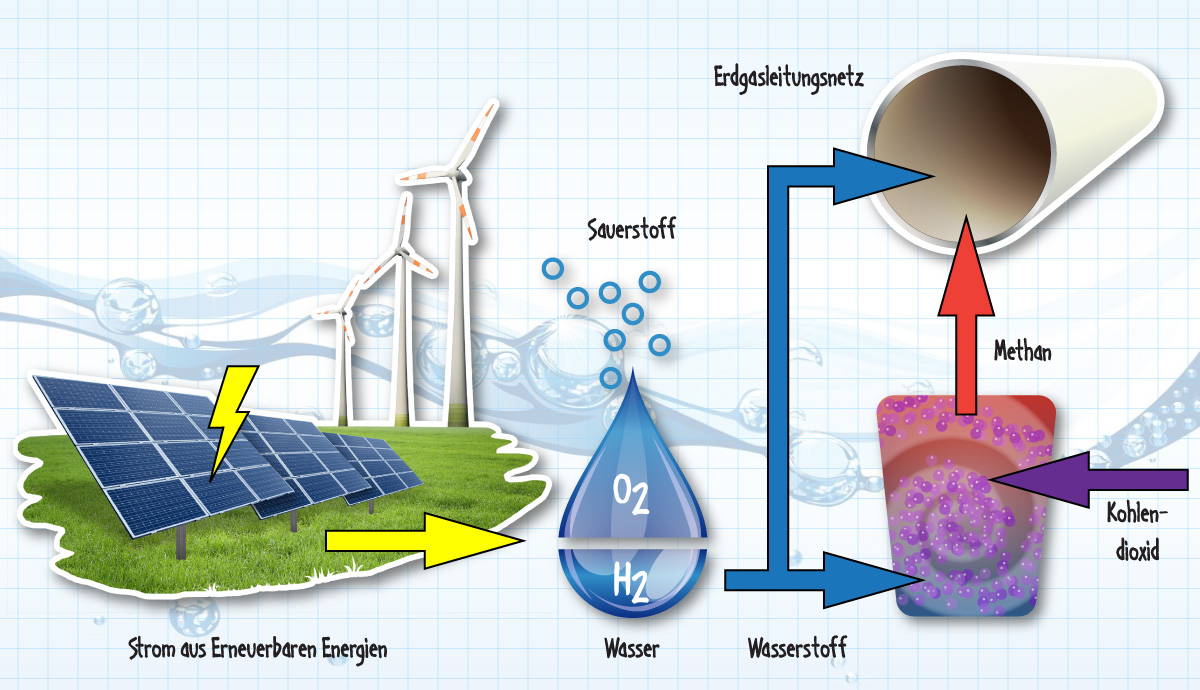 What can be done with excess electricity generated from renewable sources? It can be converted into hydrogen or methane, stored in the natural gas network, and transformed back into electricity when needed. It might sound like science fiction, but power-to-gas technologies are making it possible.

Power-to-gas is seen by many as sparking a revolution in the energy sector. It enables excess electricity from alternative sources to be converted into hydrogen by means of electrolysis. This can then be directly injected into the gas grid, or first converted into methane. The advantage is that gas can easily be stored in large volumes and converted back into power when needed. Or the hydrogen can be used directly in hydrogen-powered cars.

Gas network as a storage facility

A number of studies have shown that storing hydrogen in the gas network makes economic and environmental sense. As energy generation from solar and wind power expands, fluctuations in electricity supply also increase. This results in additional storage requirements. In Lower Austria and Burgenland, the demand for storage will rise to 2 TWh by 2030. This is where well-developed natural gas infrastructure can help.

The Wind2Hydrogen pilot facility in Auersthal, Lower Austria was in operation from January 2014 until the end of 2017. It converted power from wind turbines into transportable, storable hydrogen using a new, specially developed electrolysis process that responds very quickly to changing loads from a wind farm, and can economically produce high pressure of around 165 bar.