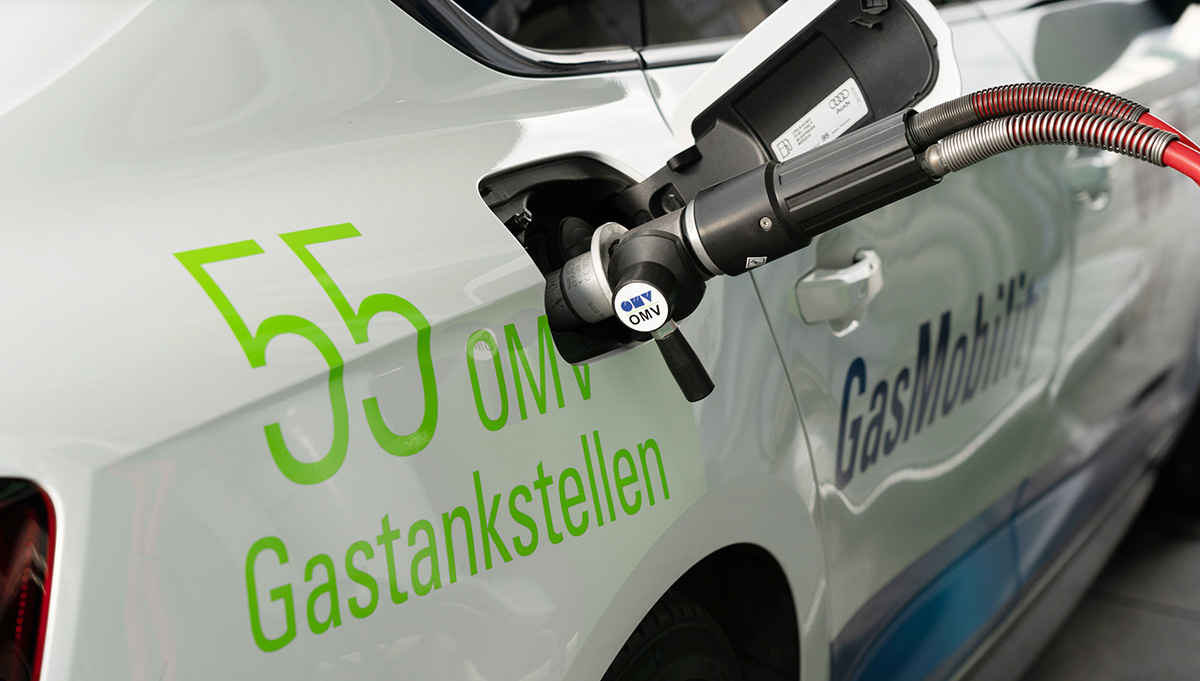 The trend towards cleaner mobility has intensified in recent years, as more and more vehicle owners are relying on low-carbon and low-emission journeys. A recent study on the future of natural gas confirms that natural gas as an environmentally friendly propulsion system can significantly reduce greenhouse gas emissions in the mobility sector. This shows that emissions produced by natural gas – in comparison to petrol and diesel – are reduced by up to 23 percent, taking into account all upstream processes such as extraction and transport. CNG cars therefore offer clear benefits and, like electric vehicles and hydrogen cars, should be taken into account in the current government programme to achieve the 2040 climate targets.

Green gas: Small ecological footprint
The second key result of the study underlines the potential of renewable gas to achieve CO2-neutral mobility. Waste from agriculture and forestry is used for the production of biogas, as well as waste from the food industry. Synthetic gas is also renewable and is extracted from excess solar or wind power. The advantage of green gases is that they do not cause harmful emissions and are 100 percent CO2-neutral. And with that, as a natural gas-powered driver, your journey is just as ecologically friendly as it would be in an electric car that refuels with renewable electricity. If just 20 percent of green gas were mixed with natural gas, greenhouse gas emissions would be reduced by 40 percent in comparison to fuels such as petrol or diesel.

Pay less, drive further
Natural gas cars cost on average the same as diesel vehicles, but CNG is a cheaper and more efficient fuel and therefore provides more energy than the same amount of petrol or diesel would. So driving with natural gas pays for itself from the first kilometre. This is also the view of the large car manufacturers, which are constantly expanding their model selection in this area.

Skoda has already launched new car models – SCALA and KAMIQ – that are designed for gas operation; the OCTAVIA G-Tec is due to follow in mid-2020.

Audi also already has several CNG models with the addition of “g-tron” to its range: the Audi A3 Sportback g-tron, Audi A4 Avant g-tron and A5 Sportback g-tron offer a blueprint for the mobility of the future and can be operated using either gas or petrol.

All CO2-neutral vehicles should receive state support
In order to attract more motorists to CNG vehicles, incentives similar to those for electric cars should be created and EU fleet regulation should be revised. Tax advantages such as a general input tax deduction, an exemption from NOVA and the tax on non-cash purchases, which already applies to electric cars, would make CNG vehicles much more attractive.

A revision of EU fleet regulation is also needed to encourage not only electric vehicles, but also vehicles with alternative fuels such as biogas. Associations such as “Zukunft Erdgas” and the German Technical and Scientific Association for Gas and Water are calling for a so-called “well-to-wheel” consideration, in which not only the emissions of a vehicle resulting from the combustion of the fuel are measured, but also the upstream emissions produced by driving and the forms of energy used.

Gas as a green energy source for driving is an important addition to the sustainable energy mix to effectively combat climate change and should be promoted accordingly – because currently, many tax benefits apply exclusively to electric and hydrogen cars. It is therefore up to politicians to make the most of the enormous potential of gas to decarbonise the mobility sector.